Did you miss a session from GamesBeat Summit Next 2022? All sessions are now available for viewing in our on-demand library. Click here to start watching.

Usually, privacy and advertising don’t go well together. The more you know about someone, the better you can target ads at them.

But Swaarm saw the writing on the wall when Apple proposed privacy restrictions for third-party ads in mid-2020 and then implemented the change in the spring of 2021. And so it came up with privacy-enabled user acquisition technologies. That is one reason Swaarm, which was founded in October 2020 after the changes were announced, was able to get a seven-figure round of funding this summer.

No longer are advertisers targeting a particular user in Manhattan on a particular phone with a particular internet protocol address — unless the user has specifically opted in to give them that information for a particular app. By making it clear that users have to opt-in, Apple (and at some point later, Google) has put a stop to this kind of exact targeting in the name of protecting user privacy. That is, Apple no longer allows IDFA data to be shared with third parties without clear consent.

Since only a minority of users are giving that consent, the privacy push has been disruptive for mobile game developers and publishers, who previously relied on the data to target billions of dollars in user-acquisition spending to keep players coming back to games or adopting new ones. The result has been lower revenues in mobile games, acquisitions where mobile game companies like Zynga sell themselves (for $12.7 billion to pc-console-mobile game publisher Take-Two Interactive), and strategy shifts (like Tilting Point pivoting to blockchain games). Meanwhile, Apple’s own Search Ads business has tripled during the pandemic.

Part of the downturn for mobile games has nothing to do with the privacy push, as the macroeconomic conditions have worsened and the bump in the activity that we saw for games at the beginning of the pandemic has subsided.

By targeting groups of people rather than specific individuals, Swaarm can help target similar people without invading privacy, said Yogeeta Chainani, cofounder of Berlin-based Swaarm, in an interview with GamesBeat. I met with her at the Gamescom event in Cologne, Germany.

When Apple proposed to deprecate the Identifier for Advertisers (IDFA), “the idea was not to identify the user because they were fine identifying cohorts or groups of cohorts,” Chainani said. “And that’s what Apple is doing with SKaD (its replacement attribution system) as well. But they [don’t] want us to identify exactly the user.”

She added, “So what we did is introduce privacy-enabled attribution, whereby the cohort, the information of the source of the user, we don’t collect the user information at all, or we don’t identify the user. We just call the source information that can be used — on the business side of things for the advertisers, they still can optimize. But at the same time, we keep in mind that we’re not identifying single users or for anything, so they cannot be targeted for that.”

That source information refers to where the users come from.

“For example, in our case, let’s say most of our businesses report which publishers you’re working with. It could be websites or demand-side platforms (DSPs), or supply-side platforms (SSPs), on where the users are coming from.”

And so what the advertisers wind up with is a group of people who like strategy games, or something like that.

“Let’s say for advertising games that you have five different publishers. You’re working to identify the source of the publisher, like which publisher these users are coming from. If you see your overall key performance indicators (KPIs) with publisher No. 2 are much better. Then you know you need to focus on marketing efforts towards that. That is basically what we help the advertisers with.”

Swaarm hopes to dramatically simplify digital marketers’ day-to-day tasks. Founded in October 2020, Swaarm has established itself as a leading player in the performance marketing space. Its martech tracking platform allows agencies, advertisers and networks to measure, optimize, and automate their marketing efforts at scale.

Its clients from around the globe include Apptrust (Poland), Adcrate (SEA), GoWithMedia (Israel) and ZinkAds (India). Swaarm will use the funding to drive international expansion, product development and further build on its infrastructure. Swaarm already serves clients from across North America, Europe and Asia, and will use the money raised to increase its presence in new and existing markets. To help expand their global footprint, Swaarm is doubling the size of its team.

Chainani said that she has seen advertisers shift a lot of money from iOS to Android, but she anticipates that when Google enforces privacy restrictions on Android, that will make it hard to target individuals again. And so it hasn’t exactly been very stable in terms of the environment for advertisers.

“It’s hard for them to know exactly what is happening,” Chainani said. “A lot of advertisers are stepping back to see how the market evolves.”

Chainani noted a consolidation is happening among mobile game companies as well as adtech companies too. Apple drove some of that consolidation, and the global downturn is probably driving even more of it.

As much as it can, Swaarm is trying to be a one-stop marketing solution for mobile game publishers. It can handle performance marketing, influencer marketing, or social media marketing. Over time, Swaarm hopes it can deliver those integrated marketing as a single solution.

“There are a lot of companies but there’s a lot of demand as well,” Chainani said.

Chainani said the company sought to solve the problem of acquiring users at scale. And it spent a couple of years trying to solve this problem through its own proprietary technology, rather than going through a standard route. It was a painful process.

That’s important in the post-IDFA world of user acquisition, as venture capitalists aren’t funding game companies that are going to use their funding just for user acquisition, which is less effective than it used to be.

Advertisers want to be able to do attribution or figure out where a user who buys something in a game comes from. Did an ad motivate them to make the purchase? In the past, mobile game and app makers had an easier time figuring out this attribution thanks to partners like Facebook. The data was used and then anonymized and ultimately deleted. But Apple cut that data off, in terms of letting third parties use it.

Chainani said that the industry has adopted the privacy-enabled solution. Other companies in adtech are adopting similar approaches.

“We were the first ones to launch the privacy-enabled attribution,” said Chainani. “From the adoption point of view, and from the results point of view, it’s been great.”

Still, the results are somewhat lower than being able to do exact targeting. And that has disrupted the mobile games and app companies. You can also draw a line between Apple’s privacy actions and Meta’s decision to lay off 11,000 people last week.

Further disruption will likely ensue when Google does something similar with its “privacy sandbox” for Android users, which is being tested. Both Apple and Google are recognizing that governments around the world (especially the European Union with its General Data Protection Regulation in Europe) are cracking down on user privacy violations.

“They have been working on this for years already,” Chainani said. “Google is running a bunch of trials. They are trying different approaches.”

On games, the upside is that more people are opting in for sharing information than usual.

“I’ve also seen that because the users are loyal to the games so they don’t really mind from these gaming companies collecting a little bit of their information when it comes to the games,” Chainani said. “Of course, it’s very different for hypercasual games, when players hop from one game to another.”

Swaarm’s customers are mainly ad agencies and ad networks. Those work with game clients. Last year, Swaarm was one of the top five finalists in the app analytics category at the Mobile Growth Summit. It has 20 employees.

For the future, Swaarm is focusing on pillars such as automation, innovation, and customer centricity. It has launched a tool that automates end-to-end manual workflows. It is also working on projects for next year.

“Everything we work towards is a combination of these three things,” Chainani said. “This has always been our focus. We have been very fortunate on how they have shaped up for us, given the macro factors.”

As for what the mobile game companies should do, Chainani said they should keep in mind that Google’s changes are coming too and that choosing a platform that helps them be more efficient when it comes to privacy-related business. They should also keep their costs low.

“If they consider these factors, it’s a way for them to ride it out,” she said.

GamesBeat’s creed when covering the game industry is “where passion meets business.” What does this mean? We want to tell you how the news matters to you — not just as a decision-maker at a game studio, but also as a fan of games. Whether you read our articles, listen to our podcasts, or watch our videos, GamesBeat will help you learn about the industry and enjoy engaging with it. Discover our Briefings. 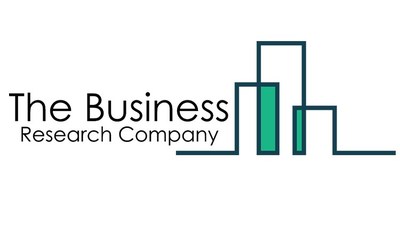 Blockchain Smartphones Are Rising To Prominence In The Blockchain Devices Market

How to Get Free In-Flight Wi-Fi