Over the holidays we’re republishing some choice features from the last 12 months. A mix of talking points, interviews, opinion pieces and more from NL staff and contributors, you’ll find our usual blend of thoughtfulness, expertise, frivolity, retro nostalgia, and — of course — enthusiasm for all things Nintendo. Happy holidays!

From the late 2000s to the mid-2010s, my gaming experience was all about learning to become a gentleman. This was a central topic which ran throughout the Professor Layton series. If Professor Hershel Layton wore a trench coat, I wore a trench coat; if he drank fruity tea, I drank fruity tea; if he was reminded of a puzzle during the most inappropriate of times… well, you get the idea. This is to say that the Professor Layton games were a huge part of my formative gaming and indeed, my self-education. So why is it that, today, my views of the series are so often tainted?

The answer may be found in the last title of the series: Layton’s Mystery Journey: Katrielle and the Millionaires’ Conspiracy. This a game that, regardless of its merits, never sat well with me. There was no Hershel, no Luke, no aggressively brilliant jazz score. It wasn’t a Professor Layton game — to my mind, at least.

This week marked the five-year anniversary of Layton’s Mystery Journey’s US and European 3DS release. It also means that it has been five years since we last had an original Professor Layton title on console – longer still if, like me, you struggle to include Mystery Journey with the other mainline games.

Is it fair to say that all hope of another Layton entry is gone and, if so, is it fair to blame Mystery Journey? This is a puzzle indeed, and, as I learned from the master of etiquette himself, a true gentleman leaves no puzzle unsolved…

Level one of Level-5

In order to solve the mystery of the lost franchise, we must go back to the beginning. The year was 1998 and former Rivershillsoft employee Akihiro Hino formed a partnership with Sony Computer Entertainment to work on projects for the PlayStation 2, if he did so under his own company brand. Choosing a name to reference the highest mark on a Japanese report card, Level-5 Inc. was born and, after working on projects such as Dark Cloud, Dragon Quest VIII and Rogue Galaxy with Sony, the studio began self-publishing games by the mid-2000s.

Keen to cash in on the adult-oriented audiences that Dr. Kawashima’s giant floating head had brought to the DS, Level-5 began working on a title that would work for children and adults alike. The kind of game that your Grandma can buy you for Christmas swear have a crack at herself after polishing off a glass of sherry.

It was in this process of development that one of the all-time great duos was formed. Much like Mario and Luigi, Mario and Sonic, or Mario and, err, Rabbids (?), Akihiro Hino enlisted the help of puzzle book writer and real-life quiz Akira Tago to help birth a franchise that was both fun and (in the loosest sense of the word) educational.

The finished product was not just one, but six games (and a crossover, a feature film, a manga series, mobile app, and enough Stove Pipe hat merchandise to send shares through the roof). Professor Layton and the Curious Village was released in 2007 to deservedly high acclaim. The puzzles were fiendishly puzzling, the central mystery was genuinely mysterious, the top-tapping jazz score from Tomohiro Nishiura provides one of the greatest video game soundtracks of all time, and PA Works provided feature film-level animated cutscenes. Feature. Movie. Level.

The original trilogy was so eagerly met that the trio of prequel games was quickly released in the following three years (Professor Layton and the Spector’s Call on DS, and both Professor Layton and the Miracle Mask and Professor Layton and the Azran Legacy on 3DS). It is true, each entry does get somewhat wackier than that which preceded it (this is a series that genuinely moves from an inheritance dispute in game one to — SPOILERS! — literally resurrecting the dead by game six), but that was part of the series’ charm. Professor Layton was a household name, and this silly little franchise could run forever, right?

And, unfortunately, it is unlikely that we will ever see him again.

The rise and fall of Level-5 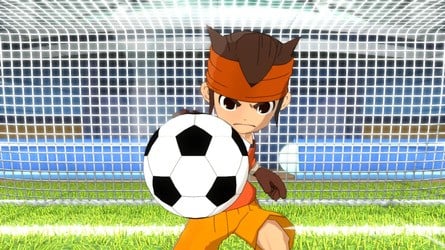 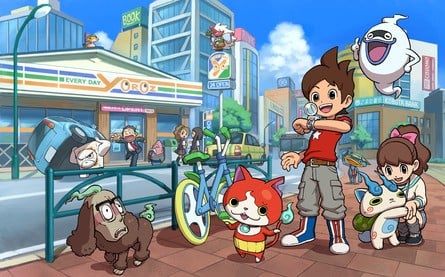 You see, following the success of the Layton series and some strong franchises with Inazuma Eleven and Yo-kai Watch, Level-5 had fallen into disarray. Taking a break from Layton after not one, but two trilogy endings which caused emotional damageLevel-5 hit big with Yo-kai Watch in Japan, selling over one million units in its first year and starting a cultural following that even rivaled the likes of Pokémon – yeah, it was a big deal.

The issue was that this Japanese folklore-heavy series just didn’t have the same effect on Western audiences – who would have thought it? While the first game sold a respectable 400,000 units in the US, interest in the franchise steadily waned with the sequels. This wasn’t helped by the long periods that it would take for Level-5 to localize them – it took over three years for the first game to reach Europe, and we have near-given up hope Yo-kai Watch 4 will ever appear outside of Japan.

The ensuing financial difficulties and slew of canceled projects meant that Level-5’s hiatus from the Layton series could not have come at a worse time. Tragically, in 2016, the death of Akira Tago meant that things looked bleaker still.

Without Tago’s iconic puzzles, what would another Layton game even look like?

Well, it would look a lot like 2017’s Layton’s Mystery Journey: Katrielle and the Millionaires’ Conspiracy, which was initially released on 3DS and mobile before receiving a ‘Deluxe’ Switch port a few years later.

The game is a hollow shell of everything that made the Layton series great. The puzzles, now designed by Kuniaki Iwanami, are not puzzling, there is no mystery to be found mysterious, the toe-tapping jazz is replaced by jazz which is notably un-tappy, and, to top it all off, there’s no Layton.

Playing Layton’s Mystery Journey, I tried to convince myself that perhaps the Layton franchise had always been this way and I had just grown up – pfft, these puzzles aren’t easier, it’s me who has gotten better. This simply isn’t true. Sure, putting Layton’s name in the title is enough to tangentially link the release to those that had come before it, although the game shares about as much DNA to the original as Pokémon Dash does to Pokémon Red and Blue.

There is such a noticeable downgrade with the loss of Tago’s genius and the whole game suffers because of it. Even Hino’s writing isn’t up to the mark here. Splitting the central mystery down into several smaller cases means that there is no build-up to the finale and who the heck signed off on adding a talking dog to the game? A town full of robots in the Layton series I can believe, but come on.

It might be unfair to attribute all the blame for Layton’s demise on Mystery Journey. The game did well enough for Hino to write a 50-episode anime spinoff – and if that isn’t a clear sign of success then I don’t know what is. What is apparent, however, is that it failed to reignite the puzzling passion of its predecessors for most Layton lovers.

In 2020, a GamesIndustry.biz report stated that Level-5 would be ceasing all operations outside of Japan, with the chances of future Western localizations being extremely unlikely. In Japan, the studio continues to release Switch titles — Yo-kai Watch Jam: Yo-kai Academy Y – Waiwai Gakuen Seikatsu, Megaton Musashi, and Megaton Musashi Cross in 2020-2022, and Inazuma Eleven: Victory Road of Heroes is expected to release next year. The last Level-5 game that we saw receive a Western release was Snack World: The Dungeon Crawl – Gold back in 2020 – hardly the fireworks ending from the studio that developed some of the most popular franchises on Nintendo’s previous-gen handhelds.

So where does this leave Layton? A studio in disarray and a prior entry to leave a bitter taste in the mouth is hardly an ideal place to find the franchise today, but this is not to say that Layton is necessarily dead just yet. Level-5 is one of the studios that, time and again, desperate fans call on Nintendo to acquire. The big-N has published each Layton localization in the past and each to a good level of success. The opportunity — however unlikely — is there, but even if that miraculously happened and Nintendo bankrolled a comeback, there’s still the case of Akira Tago’s absence. Perhaps Layton is truly gone.

The sign of a great mystery is all in how you wrap it up, and Layton’s Mystery Journey provided no Agatha Christie reveal. In good faith, the chances of Level-5 releasing another Layton game at the moment are about as slim as Luke ever changing out of that little blue jumper — seriously, how many of them does he own? — but to see the gentlemanly professor return and wash away the sour taste of Layton’s Mystery Journey would be most edifying, and would bring his case to a proper close.

US woman, 24, claims men treat her differently depending on her hair color