Thunderful has announced a brand new game in the SteamWorld series — SteamWorld Build! And it’s yet another genre twist in the SteamWorld universe later this year on Switch! And it turns out it was teased last year in the company’s interim report under the code name “Coffee”.

Moving on from action, platforming, Metroidvania, and deck-building, SteamWorld Build is a city builder meets dungeon crawler. You need to build and maintain cities on the surface of the world all while mining for resources and fighting enemies underground. Thunderful says that it’s a cross between SimCity and Dungeon Keeper.

The debut trailer, above, is keen to show off the mix of buildings you can create and places you can dig into. You can go from a tiny little town to a sprawling city with a train station, saloon, and tons of workers with the right materials. Underground, you can place down tools to help mine materials quicker, but you’ll need to fend off icky insects and other creatures to keep things safe down there.

Here’s some more details about the upcoming city builder from Steam:

Build
Be the architect of a SteamWorld mining town! Break ground and raise houses for your steambot citizens, keep them fed and provide some rootin’-tootin’ entertainment.

There’s an abandoned mine sitting under your town, and it’s rumored to be filled with ancient technology that holds the key to escaping the impending doom. Use the natural resources above ground and the abundant ores buried in the mine to expand your town. Stimulate new residential tiers to join the quest to dig deeper, unearth untold riches and ultimately help them to hightail it off the planet!

Manage
As the town expands in all directions, new kinds of steamfolk find their way to the settlement – and their needs are ever more complex to satisfy. To keep everyone content, you’ll need to make sure everyone works their darn hardest.

Buy items to boost the efficiency of buildings. Keep goods flowing up and down the mine by speeding up the miners with encouraging jolts of electricity. Or just barter at the local train station and get what you need that way. It’s all up to you!

Mine & Explore
As you go hunting deeper and deeper in the mine after riches, eventually something will start hunting you back. Defend your workers from creepy creatures and keep the walls from caving in as you explore the deeper levels of your mine. 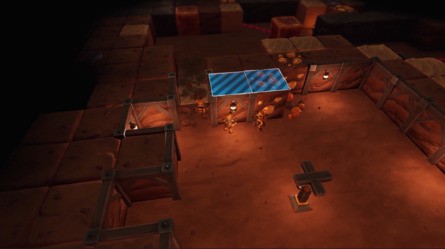 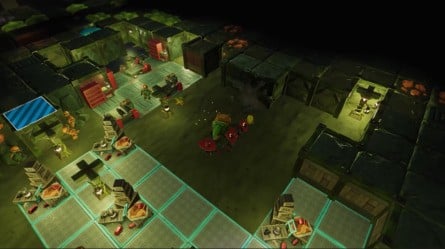 SteamWorld fans have an exciting year ahead of them, as the developers teased that the franchise is coming back in “a big way”, so we’ll definitely be digging deeper into this fantastic series this year. Franchise director Brjann Sigurgeirsson has also revealed that the monthly SteamWorld show, called The Engine Room, is making a return soon!

As mentioned above, this game was part of a tease last year alongside two other code names — “Strawberry” and “Caramel”. However, during today’s announcement stream, Sigurgeirsson teased that the team is now working on it four SteamWorld titles. We’re sure SteamWorld Headhunter is one of them!

SteamWorld Build is launching sometime in 2023, however, you won’t have to wait long to try the game out yourself. Thunderful also revealed that a demo is now available to download on Steam! We’ve been checking out the demo ourselves ahead of today’s announcement, and we’ll have our impressions up on the game sometime soon. Keep an eye out!

What do you think of SteamWorld Build so far? Will you be laying the foundations and picking up this game on Switch? Dig down in the comments!

Review — Age of Empires 2 for Xbox, by some miracle, has truly amazing controls